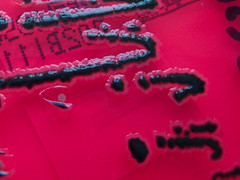 Where did that salmonella come from?

The Food Safety News (8/22) reports that the “number of people sickened by Salmonella traced to chicks and ducklings from an Ohio mail order hatchery has risen from 123 to 163,” according to a CDC report released Monday. The illnesses, which were “linked to contact with live baby poultry sold by Mt. Hatchery” of Cincinnati, “began in March of this year. Three strains of Salmonella – Salmonella Infantis, Salmonella Lille and Salmonella Newport – have been associated with animals from the hatchery.” Notably, the “20 new cases reported since CDC’s last update on July 12 occurred in 10 states, including Illinois (2), Massachusetts (1), Maryland (2), New York (5), North Carolina (1), Ohio (2), Pennsylvania (2), South Carolina (1), Vermont (1) and West Virginia (3).” Of the total “163 people sickened in these outbreaks, 33 percent have been hospitalized” and “one in Maryland and one in New York” have died, but “it is unclear whether their deaths were a result of Salmonella infection or due to other causes.”

It seems every day there is another story about the contamination of our food supply. Just becuase you are served a food does not mean that it is safe.   ABC World News (8/21, story 7, 2:25, Sawyer) reported that “an undercover investigation has prompted action by Federal investigators. They have shut down a supplier… END_OF_DOCUMENT_TOKEN_TO_BE_REPLACED