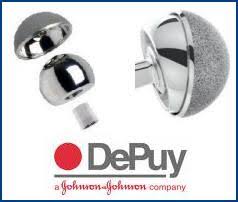 On the heels of J&J president Andrew Ekdahl’s amazing testimony in the trial in Chicago of Carol Sturm vs. DePuy that the ASR hip was not recalled due to defects, but to was merely a matter of the DePuy ASR failing to meet “clinical expectations”, orthopedist and co inventor orthopedic surgeon Thomas P. Schmalzried, who helped develop the DePuy ASR device, testified in Chicago that he had to revise 15 out of 66 insertions (23% failure rate) which he said is an unacceptable failure rate.  According to a Mass Device report published on April 2, 2013, Dr. Schmalzried further testified that he would not use the ASR and that the benefits do not outweigh the risk.  “I would not implant the ASR XL today,” he stated. Amazingly, this testimony was in his role as first witness called by the defense (In Re DePuy ASR Hip Litigation, No. 10-L-10506, Cook County Circuit Court).

Dr. SchmalzriedDr. Schmalzried was also part of the design team for the DePuy Pinnacle, another of hip implant models.  Schmalzried admitted, according to Law 360, that he received at least $20 million in royalty payments from DePuy, both for his role in designing the ASR and for his role in implanting them in patients.  He also testified that he had contributed intellectual property to the DePuy Pinnacle as well, so that he could potentially receive royalty income for implanting the ASR and for removing it and replacing it with a Pinnacle during revision surgery.  Schmalzried received approximately a 2% royalty for every sale of the device, according to testimony and numerous publications.

Dr. Schmalzried is a Board Certified orthopedic surgeon, a graduate of Stanford University and UCLA Medical School, and practices in Los Angeles area where he is the Medical Director of the Joint Replacement Institute.

Approximately 93,000 DePuy ASR were subject to a global recall and over 10,000 cases are pending in California and the MDL. Thousands of hip implant recipients have experienced pain, dislocation, fracture, toxic poisoning, and were forced to have revision surgery to remove the defective DePuy ASR