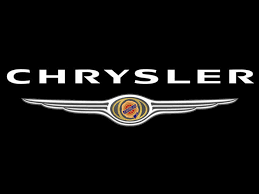 The AP (4/10, Krisher, Durbin) reports, “Chrysler Group LLC is recalling more than 247,000 SUVs and cars for several problems, including faulty gas tank hoses, broken drive shafts and air bag warning lights that illuminate when there’s no problem.” The AP notes that “the largest of the recalls, posted Tuesday on the U.S. National Highway Traffic Safety Administration website, covers about 139,000 Chrysler 300, Dodge Charger and Dodge Challenger sedans from the 2011 and 2012 model years” because faulty wiring can cause the air bag warning lights to illuminate. The AP notes that “the recall includes 119,000 cars in the U.S., with the rest in Canada, Mexico and other countries.”

USA Today (4/9, Healey, 1.71M) reports that Chrysler also recalled “about 78,500 front-wheel-drive versions of its 2007 and 2008 Jeep Liberty and Dodge Nitro SUVs because a heat shield might come loose and rub on a driveshaft, causing it to break. Chrysler said it had ‘fewer than 40 complaints of broken driveshafts’, and knows of no accidents or injuries resulting from the problem. Dealers will install a bracket to hold the shield in place.” USA Today notes that “about 61,400 of the vehicles are in the U.S., 1,000 in Canada, 13,700 in Mexico and 2,300 in other countries.” In addition, Chrysler is recalling “52 of its 2013 Dodge Darts with potentially faulty rear brake calipers; 46 in the U.S., six in Canada.”

The Los Angeles Times (4/9, Hirsch, 692K) notes that “in another recall, Chrysler will bring back 20,532 Jeep Patriot and Compass SUVs from the 2012 model year because of fuel tank problem that can interrupt the flow of gasoline and cause the SUVs to stall. The problem was caused when improperly formed nylon tubes that route fuel within the tank were used in the assembly of the vehicles.” Meanwhile, “the automaker is recalling about 6,500 Dodge Ram pickup trucks from the 2013 model year because of a parking brake problem. A cable in the parking brake system was not set properly and won’t hold the truck on a 20% grade, which is required by safety regulations.”

← Co-Inventor Testifies He Would Not Use DePuy ASR
Jury says Exxon Mobil should pay $236 million to New Hampshire for MTBE use. →
Top