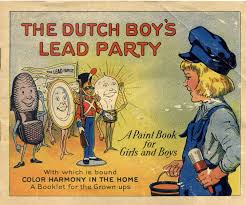 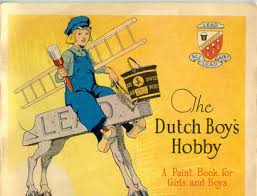 For many years  the lead paint industry knowingly included this deadly toxin in paints used throughout the United States and the world. If you live in housing built before the 1970s and you have young children you must be aware of the potential for lead paint poisoning. Your children should be screened by their pediatrician and you should consider having your premises tested.

USA Today (4/4, Young, 1.71M) reported a new estimate released Thursday by the CDC reveals an estimated 535,000 children in the us–about 1 in 38–have “have harmful levels of lead in their bodies, putting them at risk of lost intelligence, attention disorders and other life-long health problems.” Rebecca Morley, executive director of the non-profit lead-poisoning-prevention advocacy group National Center for Healthy Housing, said, “To the extent that Americans think this is a problem of the past, clearly this is evidence there is still a problem.” In May 2012, the CDC revised “its standard for lead in a child’s blood” for the first time in 1991, “cutting by half the amount that should trigger public health actions.” CDC did note that there has been “substantial progress made” in the past decades to reduce “the number of US children with elevated levels of lead in their bodies.”

The AP (4/5, Stobbe) explains that “after lowering the standard, the Centers for Disease Control and Prevention went back and looked at old blood tests from 1,653 children under 6 to determine how many would have lead poisoning under the new definition.” The CDC found that about 3 percent, or about 50 kids, had “blood lead levels higher than the new threshold of 5 micrograms of lead per deciliter of blood. Using that result, CDC officials calculated that an estimated 535,000 young children have lead poisoning.” CDC’s Mary Jean Brown, an author of the study, also noted that children who were poor or African-American had higher lead count averages.

← First Circuit affirms $142 million verdict against Pfizer in three Neurontin cases.
Co-Inventor Testifies He Would Not Use DePuy ASR →
Top