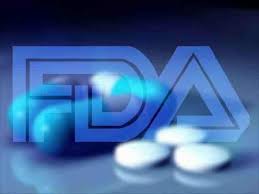 The New York Times (7/4, B2, Thomas, Subscription Publication, 1.68M) reported that the US Food and Drug Administration “signaled its intention to permit generic drug makers to make changes to their safety labels, a move that could open the door to lawsuits against generic drug companies for the first time since a Supreme Court decision barred such suits two years ago.” In a summary posted on the agency’s Office of Management and Budget website on Wednesday, the FDA “said the proposed rule would ‘create parity’ between generic and brand-name drug makers with respect to how they update their labels — the lengthy list of a drug’s uses, dosages and risks.” The summary notice indicates the FDA intends to “publish a proposed rule by September, when the public would be asked to comment.”

The Wall Street Journal (7/4, Burton, Subscription Publication, 2.29M) quoted Sen. Patrick Leahy (D-VT) as saying, “I welcome this first step by the Food and Drug Administration to address this troubling inconsistency in the law.” However, industry groups such as the Generic Pharmaceutical Association declined to comment until more is known about what the agency plans to include in the proposed labeling standard. Meanwhile, FDA spokesperson Sandy Walsh said it was too early to elaborate upon how exactly the agency would word such a rule.

In its coverage of the FDA announcement, USA Today (7/4, Pringle, 1.71M) noted that in a “5-4 ruling last week, the Supreme Court protected generic drug companies from being sued for any harmful effects of drugs the FDA has approved,” whereas the manufacturers of brand-name medications are held “liable if a product’s safety label is inadequate. This causes a ‘regulatory gap’ between generic and brand-name product safety,” said Public Citizen, a consumer watchdog group.