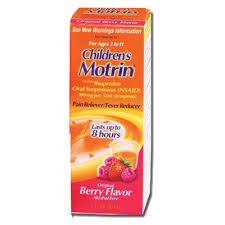 The Boston Globe (2/14, Wallack, 250K) reports, “A Plymouth Superior Court jury on Wednesday awarded a Plymouth family $63 million after their 7-year old daughter suffered a severe allergic reaction 10 years ago to Children’s Motrin (ibuprofin).” After taking the treatment for a fever, Samantha T. Reckis developed “Toxic Epidermal Necrolysis, a rare and serious reaction to some medications, including ibuprofen.” According to the Globe, “Reckis was in and out of the hospital for months, is now legally blind, and cannot walk more than 150 yards without exhaustion.” According to the jury, Johnson & Johnson “failed to provide warnings about potential side effects on the versions of Motrin that are sold over-the-counter.”

In a separate report, the Boston Globe (2/13, Ngowi, 250K) reports that, in addition to developing blindness and chronic fatigue, Reckis “now has just 20 percent lung capacity,” and also suffered brain damage involving short-term memory loss. Reckis developed the rare, “potentially fatal skin disease that inflames the mucus membranes and eyes and is marked by a rash that burns off the outer layer of skin,” and suffered inflammation to her “throat, mouth, eyes, esophagus, intestinal tract, respiratory system and reproductive system, forcing physicians to put her in a coma.” The Globe also notes that a similar case unfolded in Pennsylvania in 2011.