Good news for women wrongfully injured as a result of taking Yaz. In light of this development it seems likely that all cases will settle in the not too distant future.

Bloomberg News (8/1, Feeley, Kresge) reports that Leverkusen, Germany-based Bayer AG “said settlements of US lawsuits over claims that its Yasmin [drospirenone and ethinyl estradiol] line of birth-control pills caused blood clots in women have increased to more than $402 million.” In a stockholders’ newsletter, the company said yesterday that it “has resolved almost 1,900 cases in which it is alleged that its Yasmin and Yaz [drospirenone/ethinyl estradiol] contraceptives caused clots that can lead to heart attacks and strokes.” In addition, the company disclosed that it has “more than doubled its r 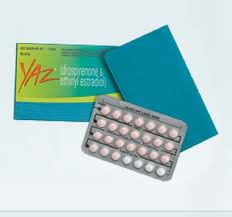 ← Missouri Supreme Court strikes down cap on medical malpractice awards.
Remembering how the US flipped Hitler the Bird →
Top