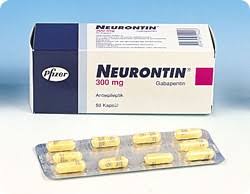 The First Circuit Court of Appeals changed the landscape for third-party payor  cases involving defective pharmaceuticals. The opinions are important in terms of how plaintiffs go about proving their cases from a causation and damages perspective.  The First Circuit yesterday materially softened the individual proof rule and is willing to allow in aggregate proof in off label cases.

According to the Court :

“As we explained in Kaiser, slip op.  At 49-50, Pfizer’s argument misapprehends the nature of the but-for causation inquiry.  A tort plaintiff need not “prove a series of negatives; he doesn’t have to ‘offer evidence which positively exclude[s] every other possible cause of the accident.'” BCS Servs., 637 F.3d at 757 (alteration in original) (quoting Carlson v. Chisholm-Moore Hoist Corp., 281 F.2d 766, 770 (2d Cir.  1960) (Friendly, J.)). “Once a plaintiff presents evidence that he suffered the sort of injury that would be the expected consequence of the defendant’s wrongful conduct,” the burden shifts to the defendant to rebut this causal inference.  Id.  At 758.

Although Pfizer presented testimony from doctors who stated that they prescribed Neurontin for off-label uses without relying on Pfizer’s misrepresentations, the existence of these individual doctors does not defeat the implication — clearly presented through Dr. Rosenthal’s regression analysis — that Pfizer’s misinformation had a significant influence on thousands of other prescribing decisions.  And in addition to the aggregate statistical evidence, the Harden plaintiffs also presented circumstantial evidence that supported an inference of causation.  For instance, the plaintiffs offered documents showing that psychiatrists had almost never prescribed Neurontin for bipolar disorder until after Pfizer began its marketing campaign, at which point prescriptions jumped by 1700% in two years.  Ultimately, it is a jury’s task to weigh the individual testimony presented by Pfizer against the aggregate and circumstantial evidence presented by the Harden plaintiffs.

More generally, Pfizer argues that the Harden plaintiffs’ use of the Rosenthal report to show but-for causation was precluded by the decisions of other courts in pharmaceutical marketing RICO Fraud cases.  We reject these arguments here for the same reasons we did in Kaiser.  First, regression analysis is a widely accepted method of showing causation under several causes of action, and we see no reason to reach a different conclusion for a specific subset of RICO claims based on fraudulent pharmaceutical marketing.  See Kaiser, slip op.  At 41-43.  Second, the other pharmaceutical RICO cases are largely inapposite to a case such as this, especially where the plaintiffs allege a “quantity effect” rather than an “excess price” theory.  See id.  At 50-53; compare UFCW Local 1776 11 v. Eli Lilly & Co., 620 F.3d 121, 133-36 (2d Cir.  2010).  To the extent that some district courts in other circuits may have endorsed Pfizer’s position that aggregate evidence is legally insufficient to prove but-for causation, we disagree, at least on the facts of this case.Slip opinion in Harden case at pages 19-21.”

According to the account provided by the National Law Journal “Health plan plaintiffs scored big in a trio of appellate rulings in multidistrict litigation over Pfizer Inc.’s off-label marketing of Neurontin. The U.S. Court of Appeals for the First Circuit affirmed a $142 million verdict against the company and revived class certification plus racketeering and state law claims.” The Journal continues, “The MDL, which dates to November 2004, followed Pfizer division Warner-Lambert’s May 2004 deal with the government to settle off-label marketing charges. The company pleaded guilty to two mislabeling charges and agreed to pay a $240 million criminal fine and $190 million in civil fines.”