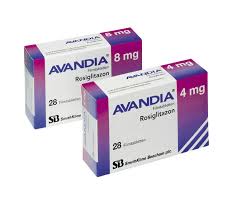 The Wall Street Journal (4/13, B3, Burton, Whalen, Subscription Publication, 2.29M) reported that Food and Drug Administration announced Friday in a notice (pdf) posted in the Federal Register that the agency will hold a two-day hearing in June to reassess the results of a safety study on GlaxoSmithKline’s diabetes treatment, Avandia [rosiglitazone].

The AP (4/12) noted that the FDA “said it will ask a panel of outside experts to review a new analysis of the key study” on Avandia, which was “severely restricted in 2010 due to concerns about its impact on the heart.” GSK had “commissioned researchers at Duke University to reanalyze the study, called RECORD, which followed patients for five years” and the “new analysis ‘did not show a statistically significant difference,’ in heart safety between Avandia and older diabetes drugs, according to company spokeswoman Mary Anne Rhyne.”

According to Bloomberg News (4/12, Cortez, Kitamura), the new analysis was “requested by a previous advisory panel,” which concluded that Avandia “should remain available in the US.” The agency is “evaluating the results of Duke’s reassessment, and it’s possible the findings could change the way Avandia is handled, said Morgan Liscinsky,” an FDA spokesperson. The “agency was concerned about the way the study was originally designed and conducted, thus prompting the review, she said in a telephone interview.”