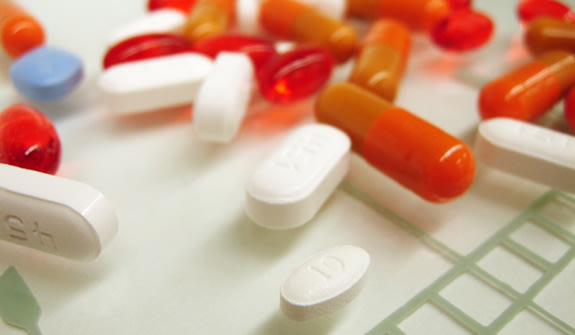 The Wall Street Journal (8/2, Burton, Subscription Publication, 2.29M) reports that the US Food and Drug Administration issued a safety alert Thursday, to warn healthcare providers and consumers that acetaminophen-based pain relievers and fever reducers, such as Tylenol (acetaminophen) have been linked to several rare but potentially fatal skin reactions, such as Stevens-Johnson syndrome. The agency said the warning, which applies to over-the-counter as well as prescription medications that contain acetaminophen as their active ingredient, was based on its adverse events data, which showed that between 1969 and 2012, there were 107 such cases, 12 of which resulted in death.

According to Bloomberg News (8/2, Edney), the FDA said 67 of the 107 “cases of three types of skin conditions” resulted in hospitalizations. Specifically, there were “91 cases of Stevens-Johnson Syndrome and toxic epidermal necrolysis and 16 cases of acute generalized exanthematous pustulosis.” Additionally, the FDA detailed the skin-reaction association in a consumer update, in which Division of Anesthesia, Analgesia and Addiction Deputy Director Dr. Sharon Hertz emphasized, “It is extremely important that people recognize and react quickly to the initial symptoms of these rare but serious, side effects, which are potentially fatal.”

CNN (8/1, Willingham) on its website notes that SJS, TEN and AGEP could “cause blisters, serious rashes” and epidermis; and the skin reactions can happen “at any time” when an individual uses an acetaminophen-based product, even if the medication is used only once, the FDA said. Additionally, the agency noted that a warning about the same potential skin reactions is already on the labels of nonsteroidal anti-inflammatory drugs.

Reuters (8/2, Clarke) adds that the FDA said it would require prescription drug producers to add a warning to their acetaminophen-based medications about the skin reactions, and it would request companies that manufacture the OTC products to do the same.