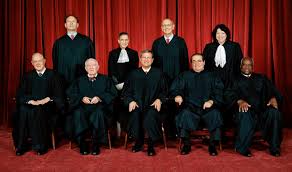 f you are concerned about preserving your legal rights and you have a choice as to whether you should take a generic drug , choose the non geneirc version or you could end up like Karen Bartlett, blind and in a coma with no legal recourse.

According to my friend and colleague Sol Weis “The U.S. Supreme Court today gave big Pharma another free pass this time  largely shielding the generic industry from lawsuits for the design of their drugs.  This is the second Supreme Court decision giving the generic drug industry immunity. In 2011, the Court decided generic makers cannot be held responsible for failing to warn about a drug’s side-effects, saying the generic maker is only making a “copy” of the brand drug and must follow the brand drug’s label.  Over eighty percent of  prescription drugs dispensed are generic. This 5-4 decision usurping common law should concern all Americans.”

The case Mutual Pharmaceutical v. Bartlett was about Karen Bartlett, a woman who permanently suffers from Stevens-Johnson syndrome after taking the generic drug sulindac for shoulder pain.  The disease left Karen nearly blind and caused over 60% of her skin to burn off.  She spent months in a coma and a year being tube fed. She is permanently disfigured and will need care for the rest of her life.

A Federal jury in New Hampshire found sulindac was unreasonably dangerous and awarded Karen $21 million.  The Court of Appeals for the first circuit affirmed. The Supreme Court snuffed out the award.

Members of Congress (Senator Leahy and Senator Landrieu) have sent letters to the Food and Drug Administration, calling on the agency to address generic drug accountability.  Public Citizen also filed acitizen petition asking the FDA to address the Mensing decision.  AAJ filed comments in support of the petition