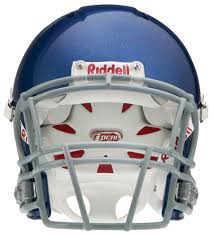 In this important case a jury found against the manufacturer of  football helmets. This case has important ramifications given the fact that more than 4000 NFL players alone are currently suing the NFL. This gives some indication of the staggering numbers potential cases.

The New York Times (4/15, Belson, Subscription Publication, 1.68M) reports, “A jury in Colorado has found that Riddell, the country’s largest helmet manufacturer, was at fault for failure to adequately warn players wearing their football helmets about the dangers of potential concussions.” The firm “was ordered to pay several million dollars in damages to a 22-year old man who was injured in 2008 while playing high school football. The award, which came from the jury in Las Animas County District Court in Trinidad, Colo., early Saturday morning, is a rare victory for those injured while wearing football helmets. It could provide a prelude to a parallel case brought by N.F.L. retirees, who have also sued the company.”

The AP (4/15) reports, “Rhett Ridolfi’s lawyer Frank Azar says the jury found Saturday that Riddell was negligent in failing to warn people wearing its helmets about concussion dangers. The jury assessed 27 percent of the fault for Ridolfi’s injuries to Riddell and the rest to coaches. Azar said Sunday that he’ll ask a judge to find Riddell responsible for paying all $11.5 million in damages. Riddell says it plans to appeal the verdict but is pleased that jurors determined its helmet wasn’t defective.”

← Pfizer Pays Price for Off Label Marketing: Did the FDA really approve the drug you are taking
Be Careful If You Are Purchasing Supplements at Fitness Centers →
Top