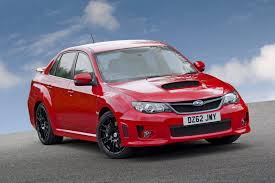 The New York Times (4/2, Jensen, 1.68M) reports, “Subaru is recalling at least 215,000 of its most popular models – the 2005-9 Outback wagon and Legacy sedan – because of corrosion of the brake lines, the automaker says.” The Times notes that “in a report posted Tuesday on the Web site of the National Highway Traffic Safety Administration, Subaru said it had discovered that a section of the brake lines was unacceptably vulnerable to corrosion after ‘seven or more winter seasons’ and could eventually leak brake fluid.” The recall is being conducted in states that rely heavily on road salt, including “Connecticut, Delaware, Iowa, Indiana, Massachusetts, Maryland, Maine, Minnesota, Montana, Missouri, New Hampshire, New Jersey, New York, Ohio, Pennsylvania, Rhode Island, Vermont, Wisconsin, West Virginia and the District of Columbia.”

The AP (4/3) reports that “the problem was discovered in internal testing and no related crashes or injuries have been reported.”