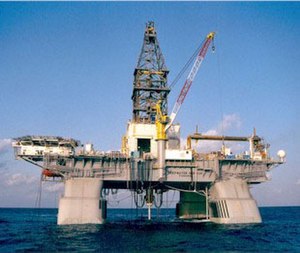 The CBS Evening News (1/29, story 4, 1:50, Pelley, 5.58M) reported, “British oil company BP is guilty of criminal charges of manslaughter in the deaths of 11 workers from the Deepwater Horizon drilling rig. A Federal judge in New Orleans accepted BP's guilty plea today.” CBS (Strassmann) added, “BP's guilty plea concedes BP managers ignored test readings that indicated combustible gas seeped into the well,” and “the company also admitted to lying about how much oil was leaking.” Strassmann continued, “This plea deal puts the criminal case behind BP as a company but BP still could face paying as much as $23 billion in government fines for violating the Clean Water Act.”

NBC Nightly News (1/29, story 9, 0:15, Williams, 7.86M) reported, “A Federal judge in New Orleans has approved a deal calling for BP to pay a record $4 billion in criminal penalties from the Deepwater Horizon spill, the worst environmental disaster of all time. … The judge called it just punishment for what has happened.”

The Los Angeles Times (1/29, Muskal, 692K) reports US District Judge Sarah S. Vance in New Orleans “accepted an agreement for BP to plead guilty to manslaughter and other charges and pay a record fine.” Meanwhile, “four current or former BP employees have been indicted on criminal charges” and the company “could be assessed more than $17 billion under the Clean Water Act.” Attorney General Eric H. Holder Jr. said in a statement, “Today's guilty plea and sentencing represent a significant step forward in the Justice Department's ongoing efforts to seek justice on behalf of those affected by one of the worst environmental disasters in American history.”

The New York Times (1/30, Krauss, Subscription Publication, 1.68M) reports, “Had the judge not accepted the plea agreement, the company would have faced a long and expensive trial, potentially resulting in tougher penalties. The company said it had already paid out more than $24 billion on various settlements and cleanup efforts. The two top BP officers aboard the Deepwater Horizon drilling rig, Robert Kaluza and Donald Vidrine, were charged with manslaughter in connection with each of the men who died, and David Rainey, a former vice president, was charged with obstruction of Congress and making false statements for understating the rate at which oil was spilling from the well.”

USA Today (1/29, Jervis, 1.71M) reports, “Before ruling, Vance heard testimony from relatives of the workers who died in the incident. She told the relatives who were in court that she read their “truly gut-wrenching” written statements and factored their words into her decision, adding that BP executives should have personally apologized to family members. According to a BP statement, Luke Keller, a vice president of BP America, addressed the victims' families during the hearing and reiterated the company's regret for its involvement in the incident.”