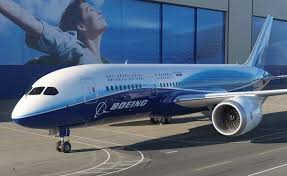 The New York Times (1/17, Drew, Mouawad, Subscription Publication, 1.68M) reports, “The Federal Aviation Administration said Wednesday that it was temporarily grounding all Boeing 787s operated by United States carriers after several incidents in recent weeks, including a battery fire, and after an All Nippon Airways flight in Japan was forced to make an emergency landing on Wednesday.” According to the Times, the FAA’s emergency directive “only applies directly to United Airlines, currently the sole American carrier using the new plane, with six 787s.” However, the FAA “said it would alert other aviation regulators to take similar action, and it seems likely that international carriers will comply with the directive.”

The Wall Street Journal (1/17, Ostrower, Pasztor, Koh, Subscription Publication, 2.29M) reports that the FAA’s new directive on the Boeing 787 Dreamliner represents an unprecedented rebuke to Boeing Co. The Journal adds that the FAA order marks the first time in four decades that US regulators have taken such unusual action to ground a major airliner. The recent series of scares about the airplane’s safety and reliability, including two major battery malfunctions, have created enough concern among Federal regulators to bring on the order to ground US-operated 787s.

The Washington Post (1/17, Halsey, 489K) reports that “the action late Wednesday came over concern about the plane’s lithium batteries, which overheated in two 787s in the past week. The most recent incident came Wednesday, when alarms went off and the pilots smelled a burning battery on a domestic All Nippon Airways bound for Tokyo.” The Post adds that “Boeing, which last week defended the problems with the new plane as ‘teething pains,’ had no immediate comment on the groundings.”

The AP (1/17) notes that “more problems for Boeing’s new 787 Dreamliner sent the aircraft maker’s stock down sharply on Wednesday, dragging the Dow Jones industrial average lower.” As the story reports, “Japan’s two biggest airlines grounded all their 787s for safety checks on Wednesday after one was forced to make an emergency landing…Boeing’s stock sank $2.60 to $74.34, a loss of 3 percent.”