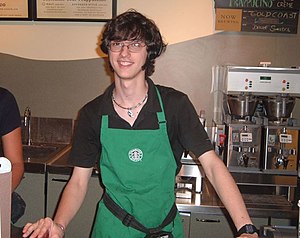 The ABA Journal (11/14, Weiss, 346K) reports the 1st US Circuit Court of Appeals ruled that “baristas who work at Starbucks in Massachusetts are entitled to collect $14.1 million because their tips were shared with supervisors.” According to the court, “the shift supervisors had managerial responsibility, making them ineligible to share in tips under the Massachusetts statute.” Starbucks had argued shift supervisors didn’t qualify as managers because “up to 90 percent of their time” was spent on the same functions as baristas and they couldn’t hire, fire, or discipline baristas, “the 1st Circuit rejected the arguments, pointing to ‘the unvarnished text of the statute’ allowing tips to be shared only among those with ‘no managerial responsibility.'”

The Huffington Post (11/13, Fairchild, 500K) reports, “The ruling will impact around 11,000 baristas who worked at Starbucks between 2005 to 2011 and damages may rise to $18 million with interest,” according to Shannon Liss-Riordan, a lawyer representing the baristas.

The National Law Journal (11/14, Qualters) reports US District Court Judge Nathaniel Gorton’s “final judgment included a $7.5 million damages award, plus prejudgment interest at a rate of 12 percent per year. He also issued a treble damages award of $6.6 million for tips shift supervisors collected on or after Massachusetts amended its wage act, July 12, 2008.”