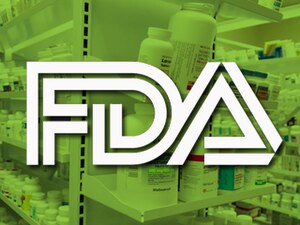 Reuters (10/12) (10/12) reports that the Food and Drug Administration on Thursday issued a safety alert, warning that abusing Endo Pharmaceuticals’ pain treatment, Opana ER (oxymorphone hydrochloride extended-release tablets), which is administered orally, by injecting intravenously, could result in a severe, sometimes fatal, blood disorder. The agency said it has received reports in which persons abusing the prescription painkiller, by injecting it directly into their bloodstreams, developed thrombotic thrombocytopenic purpura (TTP), which ultimately, resulted in cases of kidney failure, some of which required dialysis. The FDA added that at least one of the TTP cases reported has since resulted in death.

The AP (10/12, Press, 552K) (10/12, Press) reports that Velvet Ice Cream, “an Ohio ice cream maker, is voluntarily recalling some of its peanut-butter flavored products because of possible salmonella contamination.” The company “said Thursday that some of the peanut products bought from Sunland Inc. for use in the ice cream flavors could be contaminated.” The AP adds, “The recalled Velvet products are sold mainly at convenience stores, ice cream parlors and small, independent retailers in Ohio, Indiana, Kentucky, Tennessee, Virginia and West Virginia.”

NBC News (10/12) reports on its website that “Sharper Image is voluntarily recalling an estimates 80,000 USB wall chargers because of concerns over fire and burn hazards.” According to the report, “Atomi, the company that made the chargers for Sharper Image, has received 13 reports of the chargers overheating, smoking and giving off acrid smells. No injuries have been reported.”